Home » About Us » Who Is Tom Forster

Tom is the principal of Injury Lawyers Queensland and has over 18 years’ experience in Commercial and Compensation litigation.

During his time as a commercial litigator, Tom has won important corporate, intellectual property and insolvency battles against major national and international corporations – in circumstances where he and his clients were facing ‘David and Goliath battles’ against very powerful opponents.

Inspired by his successes in these battles, Tom saw how the legal profession did not seem to be adequately reaching out to people involved in motor vehicle accidents such as motorcycle riders, bicycle riders, pedestrians, and of course – motor vehicle drivers and passengers.

As a consequence Tom was inspired to go beyond his former commercial disputes practice and create Injury Lawyers Queensland – specifically to serve people with the misfortune of being involved in motor vehicle accidents on Queensland roads through no fault of their own and without the necessary resources or support base to pursue their claims.

And as a motorcycle rider who has previously competed in motorcycle road racing both in the Queensland and Australian championships, Tom has a special affinity for people who have been involved in road accidents on motorbikes, scooters or bicycles. Tom really does understand motor vehicle accidents and all the trauma and hardship involved.

When pursuing the claims of his friends, Tom encountered a degree of what he felt was unfair prejudice and discrimination against motorcycle and bicycle riders and against other road users from the Police, Medical and Insurance industries in the claims process. He saw that the legitimate interests of many claimants seemed to be largely overlooked by the legal profession and as a consequence, people’s rights to claim were being adversely affected.

Tom also noticed that there was little empathy shown to road accident victims and the adverse impact their  accident had on their ability to work and their psychological well-being.

In short, through a combination of his own experiences and legal knowledge, and inspired by his successes representing ordinary citizens against major corporations, Tom discovered a passion for helping people who had been involved in road accidents.

As a result, Injury Lawyers Queensland doesn’t just fight for the best settlement pay-out. They also strive to achieve the best medical and operative treatment for all their clients. 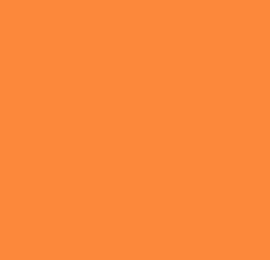 Scooter Accident Claim l was in a scooter accident in Cairns on the way to work when I was exiting a roundabout. A young P plate driver had driven up the wrong side of the road towards the roundabout, resulting in a...

Bicycle Accident Claim Tom was great to deal with and has a highly skilled network of professionals in the field. He achieved a payout for me three times what other solicitors had indicated my claim was worth. His fees are fair and...

Pedestrian Accident Claim I was hit by a car on a pedestrian crossing by a careless driver. I suffered multiple injuries and was unable to walk for a considerable period of time. A friend referred me to Tom Forster from Injury Lawyers...

Car Accident Claim I was involved in a car accident on the Gold Coast. I suffered a severe whiplash injury when I was hit from behind while stopped at a red light. I engaged Tom Forster to act on my behalf to...

Car Accident Claim I want to acknowledge Tom Forster for his knowledge, guidance and professionalism whilst handling my litigation case. I was referred to Tom by a work colleague following my car accident in Brisbane and I am so appreciative as I...

Cycling Accident Claim As a triathlete in the Australian team, I was referred to Injury Lawyers Queensland after I was hit by a courier van whilst I was doing my cycling training for an upcoming Ironman event. Tom was great at giving...

Bus Accident Claim I was struck by a bus on the Gold Coast when waiting at a bus stop because of negligent actions of the bus driver. When I enquired with some of the big well known personal injury law firms that...

Motorcycle Accident Claim I had a motorcycle accident as a result of hitting a large piece of timber which had fallen onto the road from an unknown vehicle. When I contacted two of the large personal injury law firms that market themselves as...

Car Accident Claim A few years ago I was involved in a low speed accident within a car parking complex in Brisbane. My vehicle was driven into as I was reversing downhill into a car parking space. Due to my twisted position...

Cycling Accident Claim I was knocked off my bicycle on a main thoroughfare roundabout when a car driver failed to give right of way or stop. I suffered numerous injuries to the body, and concussion, the head injuries being limited by a...

Motorcycle Accident Claim I have had the unfortunate need to engage the services of Tom Forster from Injury Lawyers Queensland to represent me not once, but twice in relation to seeking compensation following motor cycle crashes caused by other drivers. I say...

Car Accident Claim Honest and genuine people can be rare to find, I feel incredibly blessed that I found Tom and his team from Injury Lawyers Queensland to guide me though a time in my life that at the time felt so...

Bicycle Accident Claim I have known Tom on a professional level for over 10 years and highly recommend his legal services and expertise. As a Sports Physiotherapist who has been involved in a bicycle accident, I could see firsthand the challenges involved...

Car Accident Claim Tom Forster of Injury Lawyers Queensland is a world class human being.  Lawyers and solicitors have a reputation for being dishonest, disingenuous people that’ll sell their grandmother for a dollar! In my time working with Tom over 2 injury...

Motor Vehicle Accident Claim I was injured on the Gold Coast when an unknown vehicle cut in front of a line of traffic in front of my vehicle which caused me to brake very heavily to avoid hitting the vehicle in front...

Scooter Accident Claim Dear Tom Forster, I wish to extend my hand in gratitude for all you have done for me throughout my ordeal following my motor scooter accident in Cairns. You guided me patiently when it came to updating my...